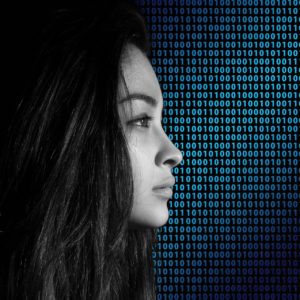 Skype rings and I meet Odysseus, a man around my age, with a pleasant smile and quite communicative. He is attempting to relocate to Germany and work in IT, but he wanted to make sure this will work for him. I pointed out his ascendant in Libra, an intellectual and social sign in the bounds of Venus. Lately I’ve been using almost exclusively Hellenistic astrological techniques in my practice and I delineated his chart using these methods.

Venus is tightly conjunct the MC in the 10th whole sign house, Cancer, thus very loud and busy and she is showing his career most clearly. Some say Venus is the DNA, the underlying code of the physical form. I thought this was really interesting, because he is working with a code that only those trained can read. Basically, a software code is a DNA of the software we, end users use. When I explained this to him he looked a bit relieved as if some of his doubts were dispelled and at the same time a bit amused.

Of course, Venus’s placement in Cancer 10th house alone isn’t sufficient to indicate this, but we also have the North Node (new and inventive) in the 1st house in Saturn’s bounds which may indicate interest in modern machines, which is true in Odysseus’ case. Saturn as the MC bounds lord is with Mars in the bounds of Mars in the 11th house, so it indicates gains from electrical machines. Without Saturn and Mars involved we might be dealing more with artistic or diplomatic nature suggested by Venus, but here it gets more technical, intellectual, masculine and working with new technological devices. Chart ruler Mercury is in the 9th house Gemini in the bounds of Mars, so here, too we have higher learning, logic, language and skills with Mars’ electric quality added.

Since Venus is co-present with an exalted Jupiter who is in a mutual reception by bounds with Venus and predominantly rules the 3rd house (due to the chart being a day chart and Sagittarius is the day domicile of Jupiter) we have the theme of the 3rd house – writing and technical skills imported into the 10th house of career. No matter how I looked at it, both the technical and the creative sides of it were present, so I asked him if he is involved in user interface design. He smiled and replied:

Jupiter secondarily rules the 6th house which is a practical house and is in the bounds of Venus, bringing some practical comfort, designing an interface to enable the user to use the otherwise complex program with ease.  The MC ruler, the Moon of course also plays a significant role, being in Virgo and in bounds of Mercury, indicating he is working more or less in a seclusion, also working with data that usually goes unseen, and I also pointed out his digestive issues which have proven to be true as there seem to be too many undigested emotions and there is also an attempt to rationalize them.

Odysseus asked if there is another talent that would be good to nourish.

I said: »You’d be very good at reading oracles, you know, symbols. You have an exalted Jupiter there, the 3rd lord and the ruler of the chart, Oikodespotes Mercury is in his own sign in the 9th house of spirituality and divination, with the Sun, the Light of the chart. Both are in trine to your ascendant. I-ching oracle comes to my mind, you know, those lines and dots.«

He replied: »I actually have an I-ching book here. I studied it for a while, but now when you said this I’ll go more into it.«

Then he asked about the possibility of marriage and of having kids. I was a bit reluctant to answer this, because although Venus is strong and dignified, with exalted Jupiter, the 7th lord Mars is with Saturn and here it got complicated. Saturn rules the 5th and is the ruler of the Lot of Fortune (the green circle with a cross in it). Both, Mars and Saturn are in the 11th house of good spirit and gain, but nonetheless the conjunction of the two is always difficult. They also fall in the 8th whole sign house from the Lot of Fortune. There is gain there, but there is also separation.

To make things more clear I pulled up the Lot of Marriage (red symbol) and Lot of Wife (pink symbol). Both fall in Scorpio, Lot of Marriage in the bounds of Mars and Lot of Wife in the bounds of Saturn. Furthermore they are in the 2nd house, a difficult place, but the Lot of Wife is in a perfect trine with Venus. What a situation! Saturn when joined with marriage significators delays a marriage, but in this case, since there were also factors that can produce marriage, the dark scenario of a wife dying could play out. Being very careful I simply said that marriage comes with a delay, which would be a softer version of it. He replied:

»I’ve been married already, but it didn’t last and when we separated, she died very soon afterwards.«

I sighed. »Yes, you know, I didn’t want to speak about the possible darkest scenario, but here you go, you just told the story.«

Lastly we looked at what these two malefics could bring in connection to children. I interpreted that there is a great possibility that he will be with a woman who will already have a child. The reason for this is that we have Mars – the 7th  lord of marriage and Saturn – the 5th  lord of children conjunct in the 11th  house which is also the house of other people’s children, because it is the 5th from the 7th. And when Saturn and Mars are involved in giving children, they can make one a father of other people’s children. Of course, I don’t take delight in predicting such things, but here it kind of jumped out at me, demanding to be spoken. I’m curious to see if the prediction will come true, though.

Thank you for reading! Please, subscribe and get notified about future articles.