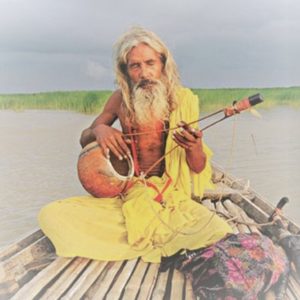 I open the door and there stands a tall, well built, North-Slavic looking man. He goes right to saying that his horoscope is terrible, with most planets in the 12th house and that he’s been to one astrologer before and when he saw his horoscope he simply closed his laptop and said that he is going to have a very tough life. When we started the reading I said:
»Well, it’s true that you have most of your planets in the 12th house, the house of loss and that tells me that you life isn’t rosy, but it’s also not the end of the world. You know what? Let’s try to break down this crowded 12th house and hopefully we’ll get some insights into it.«
He was relieved to see that I’m willing to work with his chart. His Aquarius ascendant lord Saturn went to the 12th whole sign house, Capricorn. Although he is in the 12th he is at least dignified, albeit in the house of loss and isolation where he has his joy and can wield his maleficent nature exceedingly well. His Sun is also in Capricorn 12th house only 3 degrees away from Saturn. There was almost a new Moon at his birth and Mercury has just entered into Capricorn. There are four planets plus Rahu, the North Node of the Moon there so his is a Solar eclipse birth. One thing was certain, he feels lonely. He can’t hold it for long in social circles and frequently needs to retreat and be alone, but having Aquarius rising and Venus in there also gives him a need to socialize and to contribute to society. Sun joining Saturn also makes it difficult for him to accept authorities and a difficulty with his father due to a strict nature is evident. He also finds it difficult to project himself out there and much of his work goes by unnoticed. The eclipse taking on Saturn’s 12th house “joy”, Saturn being the ascendant lord tells me that his life is one of a continuous, periodical undoing of his identity, which has eventually brought him on a spiritual quest. However, with so much Earth element present, he craves for identification with something, because he nevertheless finds value in this material existence, but when he creates the identification, it sooner or later dissolves, thus he has died many deaths. Mercury, his 8th lord in the 12th house is pushing him towards deeper experiences of Life. Also worthy of mentioning is that Saturn is of the sect (being a diurnal planet in a day chart), is well dignified and thus has his edges softened a bit, so he’s not a destructor. When we rounded up his 12th house stellium I said:
“This was the tough part. You can see that while it is not very constructive for your material benefit, it holds a tremendous transformative, spiritual potential. Let’s leave this 12th house and see what else is going on in your horoscope.”
There is Venus in his 1st house, bringing some tonic from women and a sense for music and aesthetics. She is conjunct the Moon, the significator of music in Cancer dvadashamsha (the 12th division) and aspects the Gemini 5th house, the house of creative arts through the aspect of the signs. Music is very important part of his life, but his livelihood is elsewhere. Although the ruler of Venus, Saturn is in the 12th she is being looked at with binoculars by Jupiter from Leo, the 7th whole sign house. Now, both Venus and Jupiter are strongly advancing toward the angles and thus making themselves heard, so I said:
“But no matter how tough it can get, things always resolve for you, don’t they?”
He nodded and laughed.
I continued: “You know, this Jupiter in your 7th is engaged with the planets in your 12th house and is aspecting your Sun, his ruler. I’m sure your ordeals are there in order to make you a good teacher and a counselor and in your late thirties this would become more evident. While music is an important aspect of your life I have to say that it looks to me that it is subordinate to your spiritual quest and serves it.”
With Jupiter ruling his Midheaven counseling is something that is quite natural to him. He talks and people listen. His words have some weight. I envision this man as a sort of a sage who in his early life strums his musical instrument and sings about his tribulations, but later shares his wisdom through song.
Some people first have to loose, even loose themselves in order to be able to give precious wisdom.